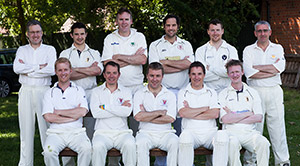 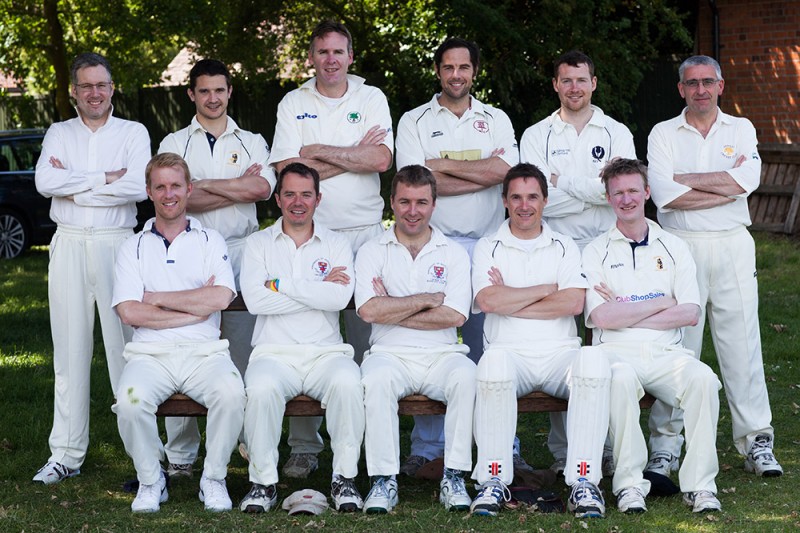 Amidst scenes of triumphant jubilation, ailment the NOBs (Nottingham Old Boys) ended five years of hurt by beating Warborough and Shillingford Cricket Club (W&S C.C.) in thrilling fashion on the picturesque Warborough cricket pitch. The winning runs were scored by centurion Andrew ‘The Rhino’ Ryan, ailment who flayed the ball around the ground, with the urgency of a man desperate not to miss his favourite Sunday night costume drama on BBC4. His career best score of 119 fell several runs short of the career total Ed ‘Chunder’ Williams has gifted Warborough with his gentle leg-pops over the last decade or so.

As the shadows lengthened, ‘The Rhino,’ held the NOBS batting order together, as wickets tumbled around him. ‘I thought I was going to be left stranded not out,’ said a relived Rhino. Early in the innings, Ed ‘Chunder’ Williams was skittled for a Metero-sexual 12, Skipper Andy Hobbs departed after a fortunate ‘play-and-miss’ 30 before the rest of the middle order crumbled. ‘First Payno went for a duck,’ continued ‘The Rhino,’ and then Jamie ‘Iron Hands’ Burton ran himself out. ‘But look mate,’ continued the Rhino, ‘he was swishing his bat around like a highlander trying to cut the long-grass with a Claymore, so I was beginning to worry he would do himself an injury by actually connecting with the ball.’

The final runs were scored in dramatic fashion with the game on a knife edge. ‘The tension was incredible,’ explained NOBs batting hero Mark ‘The Tornado’ Burton. ‘As I walked to the crease, we were up against it. We needed three runs to win, but only had 6 wickets in hand and a mere 21.5 overs to get them in. As I got to the wicket, The Rhino said to me, ‘Remember Monty at Cardiff. If we have to block out the next 130 deliveries then that’s just what we’ll do. If we get a couple of lucky singles, we might even get a tie.’

‘I could see his knock so far had drained him,’ continued the Tornado, ‘and I would need to grasp the nettle. First, I bamboozled the keeper, by nicking the ball in and out of his gloves. Second, I told ‘The Rhino’ it was time to Man-Up and go for the winning runs.’

Even from the distance of the pavilion your correspondent could see ‘The Rhino’s demeanour change. After the conversation with the Tornado, he squared his shoulders, jutted out his chin and strode purposefully back to the crease.

‘The last words ‘The Rhino said to me before the final onslaught were, ‘I’m going for the side-screen, you better stand back.’ At which point the mighty NOB blasted his final ball into Miss Fotherington’s Clematis which lie inside her lovely and well kept herbaceous borders.

Earlier in the day the self-styled bully boys of Ox and Bucks cricket were pegged back by the miserly bowling of Messers Flood, Hobbs and MacMillan. Indeed, Ian ‘Flash’ Flood bagged a wicket with the second ball of the match with a delivery that started straight and ended straighter. ‘Did you see that turn,’ he was later heard to claim, which solicited a series of blank stares from among his team-mates.

NOBs skipper Andy Hobbs placed an attacking field of three slips and a gully, which partially accounted for W&S C.C. scoring at an accelerated run rate of almost three runs an over. However, each area of the infield was covered by NOBs on the prowl who were prepared to use all parts of the body to keep the run rate down.

A series of extremely difficult chances (by NOBs standards) were missed in the field. One absolute sitter was almost shelled by Ed ‘Chunder’ Williams but due to his extreme lack of athletic ability, he was unable to perambulate the 2 yards required to reach the dolly-catch. This chance came during his spell of bowling that yielded 36 runs from three overs. This total was kept down due to the obsessive compulsive nature of the Warborough wicket keeper whose dedication to playing an immaculate forward defensive to every delivery was fastidiously maintained throughout Williams’ spell.

Not for the first time, Hobbs has come under hard criticism for bowling Williams, his long-standing friend. ‘Williams is the most-capped NOB,’ retorted Hobbs, ‘yes, he’s having a bad trot at the moment but I am confident that his form – which admittedly has been absent in all areas of his game since 2003 – will return.’

After a series of top-order batsmen departed, W&S C.C. sent out one of their younger players, who looked like he’d got lost on his way to a juniors game. Kieran ‘Merciless’ McMillan steamed in like Malcolm Marshall and let rip with a whole series of deliveries aimed at Jimbo ‘the Wall’ Buchannan’s head. Undeterred, the youngster played a stylish knock reaching the 20’s before James Hobbs made one of his two contributions during the game and took a catch even an inept NOB would have been unable to drop. Earlier in the game he’d fooled one of the W&S C.C. batsmen by inadvertently bowling a decent delivery which shocked them into a false stoke that rattled the stumps.

As the innings progressed, with a speed reminiscent of an elderly Aunt carrying an extremely large bag of potatoes back from the shops up a very steep hill, Don ‘The Fox’ Lieper, Jamie ‘Iron Hands’ Burton and Rob ‘the beguiler’ Geraghty maintained a fearsome fusillade of leg and off-spin bowling which span, twisted and turned in the general direction of the perplexed the Warborough batsmen. Even by the NOBs generous standards, The Fox bowled several overs of lolly-pops that begged to be smashed asunder. Instead, they were again greeted by the Warbourough keeper who paid homage to Micheal Atherton’s famous Sabina Park marathon with a series of immaculate defensive shots.

Eventually, the after effects of lunches generous servings, several bottles of wine and a couple more of port convinced the Warborough dynamos that it was time to declare the innings and unleash beast: whereupon The Rhino stampeded forth.

What the captains said:

Yes, there have been rumours about dressing room dissent which I can completely refute. No-one has said a word in the dressing room. They waited until we got to the pub and then let go with both barrels, lambasting every aspect of my captaincy.

Yes, we’re disappointed to lose, but as long as our selection policy gives lads from the Under-16’s a run in the side, while the NOBs select players of International pedigree we’re expecting the same result next year.