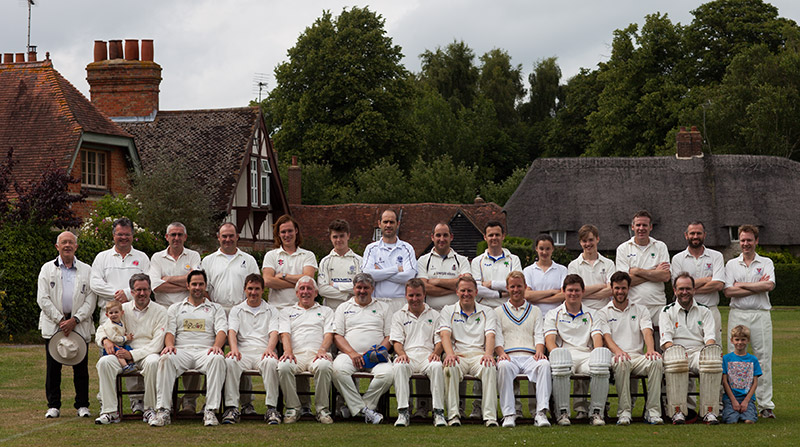 Off the field events threatened to overshadow the game everyone has been waiting for. “Forget the Ashes, generic ” said former England Captain Michael Vaughan on the Tuffers & Vaughan show last week. “What real cricket fans want to see is Warborough and Shillingford Cricket Club vs the NOBs.” But the much heralded game was in danger of being rained off until the clouds parted and after an early lunch meant play began after only a short delay.

“We served lunch early in the clubhouse,” explained W&SCC stalwart Doris Snr, “and the Warbourough and Shillingford lads and lassie were in good spirits. We’ve been training hard all year – ever since we got one of those plastic throwing sticks dog-walkers use. It’s improved our ground fielding no end, although the Fox occasionally brings back a stump.” In contrast to the upbeat and convivial mood being displayed on the W&SCC table you could have cut the atmosphere with a knife on the NOBs table. It wasn’t just storm clouds over the ground.

“It’s been a tough year,” explained the FA’s leading ornithologist Dr. Matt Pain. “There has been a leadership vacuum which has clearly unsettled the whole team – and the pigeons nesting in the old chimney.” The expected showdown between formerly long-term Captain Andy ‘chester-drawers’ Hobbs and last year’s Captain Ed ‘The Chunder’ Williams didn’t materialise. Perhaps a blessing due to the twitter furore that has rumbled on all winter as accusation has followed bitter counter-accusation. “There wasn’t a proper clear the air meeting,” continued Dr Matt. “If that had happened we could have established that both of them are as tactically inept as each other. We only let them captain the team because none of the rest of us can be arsed.”

Unfortunately there wasn’t a chance for them to meet and – in the words of Dr Matt, “sooth some ruffled feathers.” Instead, Ed cried off the game due to an excess of home-work from his job as a barista. “It doesn’t surprise me,” said Alaistair Smail, “I was his boss when he first started work at Starbucks and he’d always get confused if someone ordered a double iced frappacino with skimmed milk.”

When proceedings finally got under way, the NOBs tossed poorly and were put into bat. W&SCC captain Richard Tilley explained, “There’s some moisture in the pitch which should lead to some seam and movement. But most importantly of all, if we field first we won’t have to wash-up after lunch.” Subsequently, your correspondent is unable to provide a detailed description of the first part of the NOBs innings – but can report the dish-washer was filled and he cleaned and dried up two sets of crockery.

By the time your reporter was able to turn his full attention to the game it was clear that the NOBs new brand of cricket was underway. “I explained to the team,” said NOBs stand-in Captain Andy Hobbs, “that they were to play their natural game and there would be no repercussions for failure. What I hadn’t realised,” he continued, “was that their natural game was actually to score at a snails pace and find new and innovative ways of getting out.”

The NOBs roared along at just over 3 runs an over. This rate could have been increased had Andy ‘The Rhino’ Ryan been pushed up the batting order. “I had a word with Hobbs before the game,” said Rhino, “and he said, ‘Look mate, after the run-fests of the last few years the other fellas are just sick and tired of watching you bat – and Mrs Forerington’s Clematis is still battered and bruised from the seeing-to you dispended last year. You’re batting number 9.’”

“I have to admit I was disappointed at the time,” explain Rhino. “But if I hadn’t batted with the tail I wouldn’t have been treated to the highlight of the match. Don Leiper, a man that even the great Don Bradman admitted was even more entitled to “The Don” nickname than he was, had steadily been building an innings of substance. The crowd was baying for another DLF maximum though and The Don was not about to let the masses go hungry for a strike of epic proportions.”

“He charged five steps down the wicket and attempted to execute something resembling MS Dhoni’s ‘helicopter shot’ (albeit, if said helicopter had been shot down by enemy fire and was plummeting at a 45 degree angle). The rotational power created by the swing caused The Don’s body to elevate and execute a triple somersault in the pike position. The judges gave him a score of 9.2, with extra points awarded for the flourish at the end where The Don’s head took out his off stump.”

With The Don’s departure, NOB wickets began to tumble regularly, and it soon become clear to your correspondent that’d he’d have to bat. Richard Tilley had brought back into the attack Warborough’s answer to Jeff Thompson and he looked faster than my aging eyes could cope with. Fortunately, I found myself facing the Fox at the other end. His run-up and delivery resembles a pensioner slowly straining to put a letter in the post box. But underneath his silvery hair lurks the athleticism of a much younger man which is combined with the guile of a gentleman who – over the course of his career – has claimed the wickets of Viv Richards, Don Bradman & W.G. Grace. In short, I had no chance and was bowled third delivery.

“I just ran out of partners,” explained The Rhino. “I had high hopes that Dr Matt would stay with me for a few overs, but he saw a pair of Red Kites hovering over the ground and after that his concentration was shot to pieces.”

After a prolonged tea break, the W&SCC openers started the innings and got off to a blinder, rattling along at over 6 an over. Not all of these runs were wide boundaries, that blazed through the slips or past Captain Hobbs despairing gloves. “I only deal in boundaries,” stated The Rhino after the game, whose bowling homage to Steve Harmison’s first delivery in the 2006/2007 Ashes series continued for five overs.

It is at this point your correspondent would normally pepper his article with some key facts like: how long the opening partnership lasted; note-able scores and contributions. Unfortunately, my able assistant appears to have deleted the photos I took of the scorecard on my phone, while subsequently taking an artistic series of photos of his nappy & favourite cuddly toys. Despite this resulting paucity of statistics, I can report that at one stage it looked highly likely that W&SCC would storm away with the game – but they hadn’t reckoned on three NOBs thrusting themselves into the game. First, Dr Matt was asked by Captain Hobbs for some words of inspiration for the whole team. It was an act of such magnificent man-management that Mike Brearley has been forced to re-write ‘The Art of Captaincy.’

“I got the players in a huddle,” explained Hobbs, “and asked Dr Matt to speak. What happened next was astounding. Dr Matt paused, drew on his rich life experience and profound understanding of the game of cricket and said… ‘Bowl straight and catch your catches.’ Well, none of the lads have ever been spoken to like that and the results were electrifying.”

This moment of genius led to the second key intervention. Ben Treadway was tossed the ball, just as his son Finn was beginning to establish his innings. In an act of sporting generosity the NOBs had leant Finn to W&SCC to help make up numbers. (An act of generosity the touring Australian cricket team might consider by lending Aaron Finch to England for the summer.)It took Treadway Snr merely one over to remove Treadway Jnr. After the game, a delighted Treadway Snr said, “It just goes to show that in this family, Dad knows best.” Treadway Jnr, when interviewed a moment later remarked. “He won’t be so smug five years from now when I’m batting his balls into Mrs Fotherington’s clematis.”
Meanwhile, Alistair ‘The Judge’ Smail, a longstanding NOB, had been probing away for all he was worth. Like The Fox, it would be easy to underestimate the skill and experience of this effervescent spin-bowler. But never underestimate a man that’s worked his way up from coffee shop manager to Supreme Court Judge. “W&SCC were guilty,” said Smailey after the match, “guilty of misjudging the corridor of uncertainty in the first degree.”

In a bowling display reminiscent of Bob Willis at Headingly in ’81 Smailey tore through the W&SCC top, middle and lower order. He ended up with 7 wickers for something or other, and W&SCC ended up fortyish runs shy of the NOBs final score of 168. Although many of the NOB WAGs were overheard saying things like, “How much longer is this going to go on for?,” “Two weekends a year I have to watch this drivel,” and “He can put the kids to bed tonight” the connoisseurs revelling in the spectacle rated it the 14th best NOBs vs W&SCC encounter of all time.

After the game, each NOB slipped home comfortably, satisfied with a hard earned result – and the knowledge that next year either Hobbs, or Williams, or both, or possibly neither, will be their Captain. 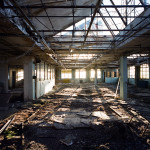